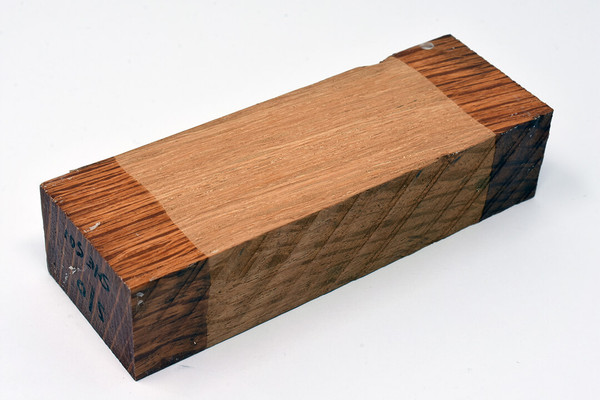 Australian lacewood is a coastal evergreen hardwood that has spread throughout the Pacific and Indian oceans, it was used by the first fleet to repair their ships and found to be almost as strong as oak (hence the common name she-oak).

Like all lacewoods the stunning medullary ray figure is bolder in the rift sawn face and finer in the quartersawn face. Sheoak is a pale peachy orange and the ray figure subdued when freshly cut. With exposure to UV light, it gradually darkens through orange and over decades will eventually go a rich brown, the contrast of the figure becoming progressively more pronounced.

The Australian lacewood blanks are similar enough that we don't photograph them individually - so the image shown is a very close example (i.e. cut from the same board) of what you will receive. The waxed part near the end gives a better idea of how the figure appears when finished.