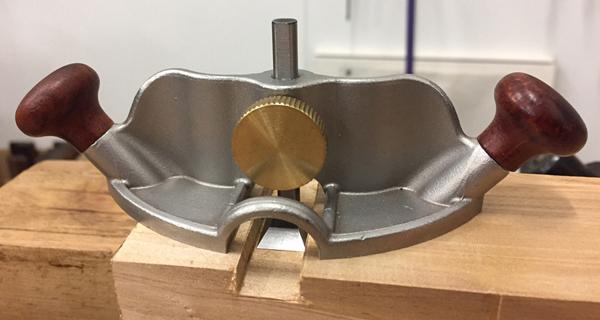 I had a slightly spooky experience earlier this year when I found myself reading my own words almost verbatim from someone else’s hand. I don’t know who sent Paul Sellers one of the prototype router planes to review, but he raised all of the issues I had asked the factory to rectify before we went ahead with the product.

On reflection it’s actually quite reassuring, Paul is hugely experienced and knows exactly what he’s looking for in a hand tool, so it is good that we concurred on the things that needed addressing. I’m just not used to that part of the process happening in public, but hey why not!

If you didn’t catch Paul’s review it’s here: A Router Too Young To Shave!!!

Anyhow, here’s where we are up to now:

The problem with the locking screw obscuring the cutter has been resolved with a larger, flatter screw with an undercut head that affords the user a proper view of the cutting edge.

Because the depth of cut is altered frequently in use, it needs to be possible to tighten and loosen the screw with fingers rather than a screwdriver – the bigger diameter head makes this possible.

The users view on the first prototype (shown below) wasn't so good:

Next Issue: The missing main cutter!

As Paul rightly said, the vast majority of a router plane’s work is done with a broad square edged cutter, which was notable by its absence on the first prototype.

On the bright side, this gave me a chance to influence the design a bit, so the new main cutter has a nominal width of 12mm with a slight taper so it cleans right into the corner without binding.

There is more relief angle underneath and both sides of the stem have flats, so it will default to square in either orientation without needing to be set.

The icing on the cake was to add full depth side bevels so it can be used in sliding or half blind dovetails - very handy. 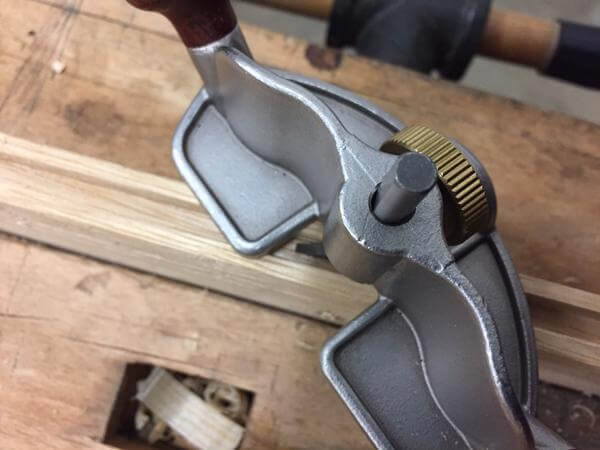 The bottom of this trench came out glass smooth straight off the cutter with a fairly heavy 1/2mm setting across the grain, I haven’t honed the blade at all – just popped it straight in and used it.

The remaining cutters have been left with a flat on one face of the stem and round on the other. This allows them to be set at an angle so the plane can be skewed when working on very narrow material, or perhaps more likely, to span a stopped housing close to an edge. 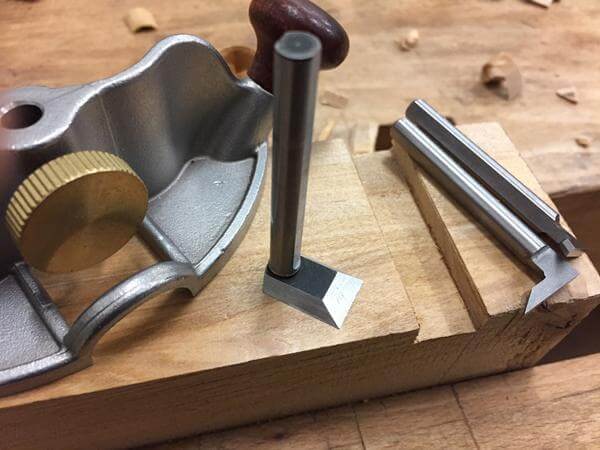 There is a fourth cutter with a broad V-point but I can't for the life of me remember where I've put it, maybe the next thing I should make is a nice box to keep it all together.

There are a few other treats arriving in the same shipment, more on those shortly.

The router planes have just (1st December) landed in the UK so they will be available to order in the next few days.

The main cutters didn’t make the shipment, so they will be arriving by courier in two weeks time, these will be posted out free of charge to anyone who has already bought a router and included with the plane thereafter.

Price: ( at time of posting article)

I will post a link here as soon as the listing is live. **Update: router plane listing is up. Click here to view.